Hi -- I just got a second RPi 4B so I can troubleshoot issues with sensors and relays without having to take my other pi offline, and I'm having problems getting Mycodo to install on it correctly.

It's just been formatted with a default install of raspbian buster, and after running the mycodo installer script as described on github, it installs a bunch of components but also doesn't detect failed modules and ultimately doesn't install a working version of Mycodo, though the script finishes with the message that it was installed correctly.

Looks like it fails to build bcrypt, I get an error about

and then it goes downhill from there. Any thoughts @kylegabriel ? I made sure raspbian was updated before beginning the install, and apt-get upgrade shows nothing needed installing.

This topic was modified 4 weeks ago by tico
Quote

I don't see an attachment. Are you using the Raspberry Pi OS lite image?

Sorry-- i was trying to edit more details into the first post and missed your reply and the attachment too.

trying to attach again -- the attachment button said that the filetype isn't allowed so i had to change it to .txt

setup.log_.txt
This post was modified 4 weeks ago by tico
ReplyQuote

Looks like this is the error that's preventing bcrypt from installing:

Exception: Version mismatch: this is the 'cffi' package version 1.14.0, located in '/tmp/pip-build-env-4213_hld/overlay/lib/python3.7/site-packages/cffi/api.py'. When we import the top-level '_cffi_backend' extension module, we get version 1.12.2, located in '/usr/lib/python3/dist-packages/_cffi_backend.cpython-37m-arm-linux-gnueabihf.so'. The two versions should be equal; check your installation.

Oh, and I believe it was Lite installation, but I don't recall for sure and at this location I don't have a screen that I can connect to the Pi itself to check. Is a lite install a problem?

well it looks like that's the latest version in the raspbian packages for buster currently?

I removed those packages, and I'm rerunning the installer script now

I neither have python-cffi-backend nor python3-cffi-backend installed on my Buster Lite install (I only use the Lite version). It's likely the result of it being the Desktop version.

Hm, I guess it was a Desktop install then -- it was installed the other day when I had access to an HDMI-capable monitor.

Anyhow, that seems to have fixed it!

and after a few moments I'm able to login to the mycodo web interface. Thanks again for your time! Perhaps a note about this issue could be added to the installation instructions in case others happen to run into this ?

Already made a commit that will be live in the next release! Thanks for the help figuring it out.

Awesome! Thanks a bunch for  *your* help!

Also, btw, on an unrelated note -- that BME680 sensor that we were troubleshooting a few weeks ago apparently has recently died or gotten internally locked up in some way, such that it constantly reports -131.09 °C  and 100% humidity, even after power cycling and checking the connections. I may get another BME680 (or 280) because when it *did* work it seemed much more responsive to changes in humidity than the SHT31. Have you run across issues with humidity sensors dying in such a fashion? I can't imagine it could have been static electricity in such a humid environment as a grow room.. 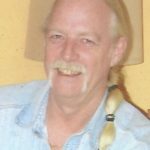 If you have condensing humidity, i.e. surface temps dip below the dew point - you are gonna have a bad day.  That sort of environment is why the AM2315 has that nifty brass screen around the sensor.  You can get the SHT31 with the certain cover that makes it more robust - but for most folks I would really recommend the AM2315 probe - mostly because of the design for real world problems - like condensation.